In December 1984 the trainer Gianni Salvati has got an intuition: the Lemon Bowl. Today this Italian tournament for boys and girl under 8, 10, 12, 14, 16 and 18 has joined its 29th edition and it has become an inevitable appointment for young Italian tennis players and also for players from other parts of the world! It’s the tournament with the highest number of participants all over the world!

Since the first edition the tournament is special for its high number of participants which has increased almost every year. In 1985 there were 488 participants. The record was in 2014 with 2045 participants! From 1998 to 2001 the tournament had some problems to find enough courts so there were no competitions for 16&under and 18&under. But in 2002 a solution was found and the tournament could return to its old form. The last edition, the LEMON BOWL 2014 had 2045 participants coming from more than 250  clubs not only from Italy but also from many other nations, mainly from eastern Europe. It  has confirmed the enthusiasm which reigns during this competition. The aim of the LEMON BOWL is to promote the tennis for the youngest and at the same time to be a starting point for future Italian and foreign stars.

There are a lot of players who swang their racquets at the Lemon Bowl Babolat and became later professional players of the most important international circuits: the worlds ex number 1  Jelena Jankovic won the Lemon Bowl in 1997, Nastia Miskina in 1994, Ivan Ljubicic and Mario Ancic in 1995 when Igor Andreev and Dimitry Tursunov participated as well. The star Anna Kournikova enlightened the Lemon Bowl 1992 when she won only 9 years old the cup for the competition 12& under, Yanko Tipsarevic and Emanuelle Gagliardi complete the panorama of the foreign top players.
Of course also Italian champions are among the players who competed on the courts of the Lemon Bowl: Federico Luzzi (1992), Katia Piccolini (1986), Gloria Pizzichini (1989) and a lot others (Mara Santangelo, Uros Vico, Stefano Galvani, Vincenzo Santopadre). Even if not all of them  won the cup they began their tennis career with the Lemon Bowl.

Amongst the players of the last editions there are promising Italian boys and girls who already have started an international career and we are looking forward to  see them climbing the international rankings. At the moment the player who seems to be only at a step from the world’s elite is Camilla Giorgi (her best ranking is 31). She came out at the Lemon Bowl 2001. Gianluigi Quinzi (2006), Martina Zerulo (2008) and the little Samuele Ramazzotti (2009) won the Lemon Cup. Borna Coric lost the final u10 nel 2006 against Quinzi. Ana Konjuh triumphed at the 12&under and Anatassia Grymalska (2005) at the 16&Under.

The tournament was born at the Pisana Tennis Club where the participants played every year from 1995 to 2004. Since 2005 the event is taking place in 4 Roman clubs in the quarter Acilia-Casal Palocco:

Altogether there are 34 outdoor and 7 indoor courts.

Every year the Roman press follows  the tournament as well as the specialized press. In the section “press coverage”, you can find all articles, which appear and appeared in the newspapers and in the web. There is also a daily space with all the news of the tournament  on the portal of the Italian Tennis Federation. Supertennis, the television channel of the Italian Federation, reports daily on the manifestation in the news and at the end of the tournament they show with several repetitions a coverage with all results. 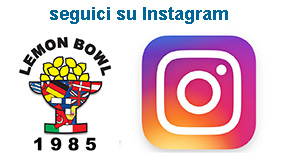 We have 39 guests and no members online